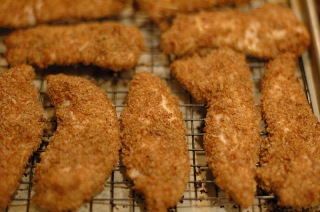 Happy New Year! With all the desserts, and cheese, and white chocolate covered-everything, and cheese, and sausage filled, and cream cheese-filled treats that I have consumed over the past month, my body is screaming for Healthy Food! I am telling my kids that their bodies are too (even though they might not hear their bodies screaming as loudly as I hear mine). I adore the notion of sneaking healthy ingredients into foods, for kids and adults alike.  However, this pursuit hasn’t always been the simplest or most successful with my family.  I don’t know if it’s because my kids are so very sensitive to tastes and textures, or because they are persnickety, OR because they have such discerning palates that they are able to identify the added or altered ingredient.  Regardless, they are hard to sneak up on in the kitchen.  I will say, I am blessed with good eaters.  My Lucy’s favorite foods are bell peppers and tomatoes. But anytime I can add some fiber, veggies or umph to a dish, I want to try.

There have been a few books on the market filled with suggestions of how to sneak beans, wheat germ and cauliflower into dishes.  One is The Sneaky Chef. The author even uses pureed white beans in her chocolate chip cookie recipe.  They are surprisingly chocolate chip cookie-tasting, but the texture is more soft and cakey.  It’s almost as if they have some healthy ingredient substituting the 2 sticks of butter used in traditional Chocolate Chip cookie recipes! (Imagine that!)

Jessica Seinfeld (wife of Jerry) wrote a cookbook a few years ago, Deceptively Delicious that also catalogs ideas for this tricky pursuit.  My friend Melissa brought over some Mac and Cheese that she made from that cookbook, where she snuck in some pureed cauliflower.   She thought it was yummy enough that it might pass by my kids without notice.  I had a hunch it wouldn’t work, as I guessed Asher would sense the difference.  And within one bite, Asher said “something is different about this mac and cheese”.  He noticed a difference in the taste and texture.  Urg! How does he do that!?  I think his discernment/critical thinking skills are great LIFE SKILLS, but annoying when trying to sneak in some added healthiness.

So when I found this recipe for chicken tenders a few years ago in my Every Day Food Magazine, containing ground wheat germ, flax seed and bran, I wanted to give it a try.  However, I had LOW, I’m talking SLIM, expectations of the kids digging them.  And to my surprise, and great delight, they loved them.  Especially Asher, my meat-eating, not-as-adventurous eater!! He requests them. He calls them Crusty Chicken Tenders, I guess in comparison to my mostly grilled or baked chicken tenders, they are the “crusty” ones at our house.

I have tried to come up with a fun name for these that would communicate to adults the healthiness of them and yet communicate to kids the yummy “normalness” of them.  It made me think of KIX cereal, whose slogan claims, “Kid Tested, Mother Approved”.  I thought, what about KIX Chicken?  But then that is a little misleading, since they are not rolled in crumbled Kix cereal.  Or Healthy spelled backwards: Yhtlaeh Chicken, thinking that would be sneaky, but I couldn’t pronounce it.  I thought of using Pig Latin. (Are you familiar with Pig Latin, the language? If not, click here to further your education). So I thought of ealthy-hay chicken. But that is hard to pronounce and kinda wierd, and potentially kids would un-code it before parents could pronounce it correctly.  So then I thought of simply Tricky Chicky, or Tricky Chicken Tenders, or Tricky Chicken.  I asked what my kids thought about all of my name options (albeit without telling them what ingredients were in it, or even revealing how healthy it is).   They liked the name Tricky Chicken. So, that’s what we are going to call them at our house.

I encourage you to come up with a name that works for your house, if you think this is lame.  I think there is power in a name.  My friend, David, calls it Marketing.

Oh, and I must say, dipping sauces really enhance these tenders! The recipe originally suggested they be served with BBQ sauce.  I think BBQ, Honey Mustard, Ketchup, Ranch…the usuals all are yummy with it. AND, thanks to Brandi, a reader who replied to my request for homemade Chick-fil-A Sauce, back in August, we now have Chick-fil-A Sauce at our house!!!  It is the most popular sauce at our table, our “house sauce”, if you will.
(Thank you, Brandi!)


In a food processor, combine wheat germ, bran,
breadcrumbs, flax seed, Parmesan, onion and garlic powders, salt and pepper; pulse to combine.
Add oil; pulse to combine.  Transfer crumb mixture to a large bowl.  Set a wire rack on a
rimmed baking sheet.  In a shallow bowl, lightly beat eggs.  Dip chicken in eggs (allowing
excess tro drip off), then dredge in crumb mixture, patting to adhere.
Place on rack, and transfer to oven.
Bake until chicken is cooked throughout, 12 to 14 minutes.  Serve with your sauce of choice.


**** You can also freeze these, once you have battered them.  Then you can pull out and bake as many as you need at a time.  (I wouldn’t suggest you do this with chicken you bought frozen…the double freeze situation is one I’d avoid).


Ken’s honey mustard sauce (you must use this brand, not compromising)
Hickory BBQ sauce (any brand, just make sure it’s smoky)